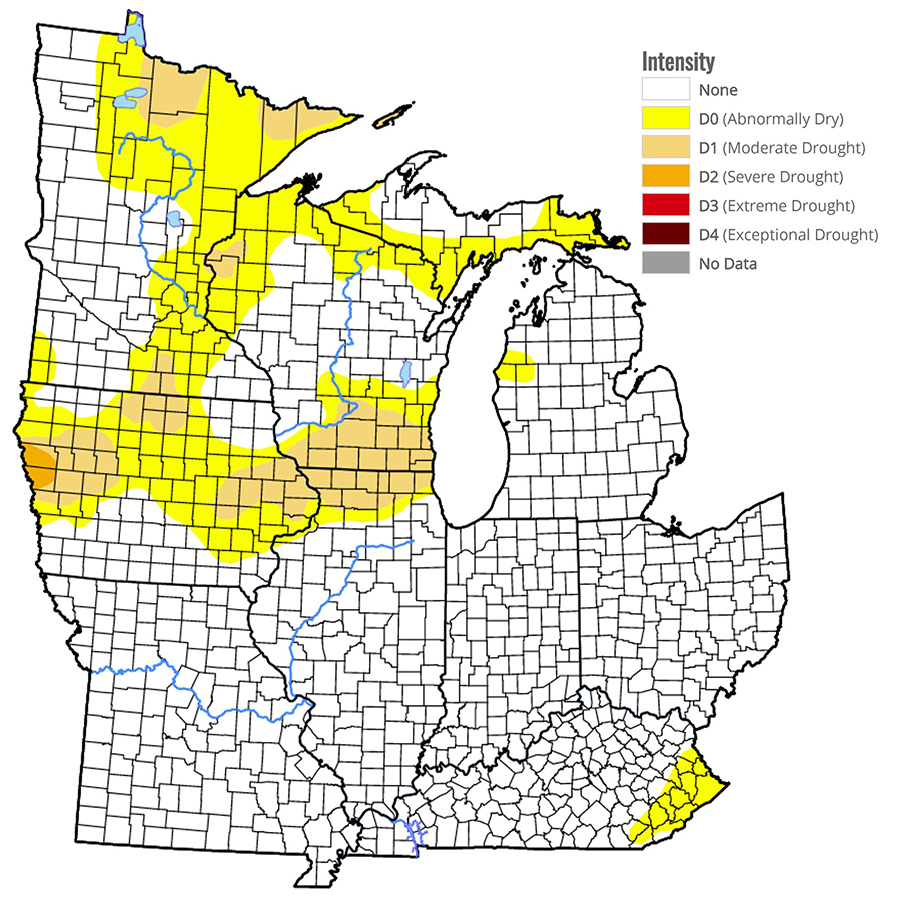 There is a lot of concern among farmers about dry spring conditions as we head into the 2022 growing season. Significant areas of the western U.S. are encountering extreme to exceptional drought. In the Midwest, the southern tiers of Wisconsin counties and the northern 1-2 tiers of Illinois counties are abnormally dry or under moderate drought. 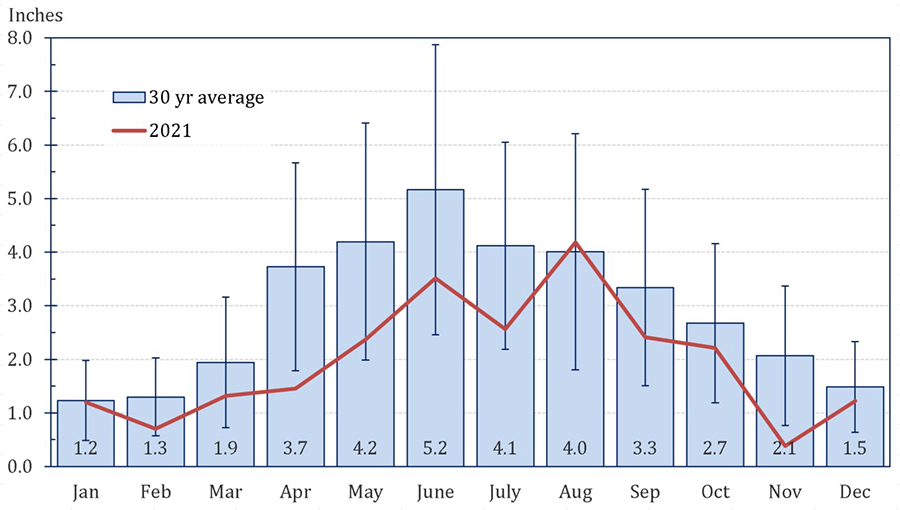 Figure 1. Monthly precipitation at the UW-ARS in Arlington. Data were derived from the Midwest Reginal Climatological Center. Error bars are the standard deviation of the 30 yr monthly average.

Some of the current drought conditions described by the U.S. Drought Monitor for Wisconsin and Illinois are a holdover from the 2021 season. Since January 2022, the amount of precipitation  measured at Arlington is average. Soil profile water content is likely lower than normal.

The short answer is that you “manage for the average.” Don’t change things too much unless you have been considering and preparing changes in your management style for some time. The weather during 2022 could be cooler/warmer and/or drier/wetter than normal.

Again, I would “manage for the average” during 2022. No one can predict the weather. If you are convinced that the weather is going to be drier than normal, then I would consider the following:

Some of these management decision changes have the potential to leave yield in the field during a normal weather year. As we saw during 2021, some of these decisions are about timing of precipitation events. I remember the 2005 and 2012 when weather conditions were dry through mid-July. Adequate rains came in mid-July and soils that had higher soil water content allowed plants to escape drought effects on pollination. For some, early planting date and shorter-season hybrids did not work and fields were abandoned.

What is Killing My Corn Seedlings

Determining Down Force to Set a Planter

Importance of Phosphorus and Potassium in Corn Development

Combine Adjustments and Maintenance for Harvest